And you thought the Olympics were about sports! Ha! 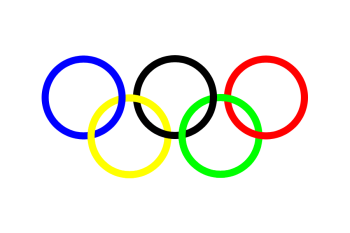 I first became aware of Slate’s Olympic Sap-o-Meter a few days ago, and have become a huge fan. It’s wonderful that someone thought to do this kind of Olympic coverage.

The Sap-o-Meter keeps a daily count of all the sappy words used by NBC’s Olympic announcers — Mom, dream, and sacrifice, for example — and compiles them into both a word cloud and a bar graph. They’ve even made a widget that tracks the daily total (such a shame we can’t use scripts on WP).

Not that these are the only stats I’d like to see. What percentage of each day’s hours of coverage are actually filled with athletic competition vs. time filled with inane conversation, “analysis,” and stories of the athletes’ personal setbacks, tragedies, deaths in the family, sacrifice, etc. Seriously, to a greater or lesser degree, don’t these things happen to all the athletes? They all have moms (and even dads!) who love and support them. They all train hard, for years, to make it to the Olympics.

The Olympics are about sports. I want to see sports. Lots of sports. Lots of different sports. (Come on, NBC, volleyball doesn’t deserve 50% of your air time). And I want to see more than just the U.S. athletes and the sports where they win medals. There are sports out there that never get air time except during the Olympics, if then, and there are athletes that strive mightily to compete in them. I’ve yet to see any judo, taekwando, canoing/kayaking, sailing, mountain biking, BMX, or some of the equestrian events. I don’t care if the U.S. is competitive in a given sport; I just want to see all the sports.

How many more hours of actual athletic competition could we be seeing if NBC’s not-so-bright commentators stopped prattling on and on about ambition, adversity, and apple pie, and showed sports? And of course, stopped bemoaning the USA’s failure to win a specific medal because of (a.) an unfortunate injury, (b.) a new scoring system, (c.) unfair judging, (d.) cheating by opponents, or (e.) all of the above. The capper was Bela Korolyi’s moaning that the judges were so “wrong” to be “breaking the heart” of one of our female gymnasts. It was “highway robbery!” (She fell off the f*****g beam, Bela!) He may be a great coach, but he’s a sore loser and a clown as a commentator.

It’s been conjectured that NBC is including all the sappy chatter to appeal to female viewers. Talk about sexism! Viewers — male and female — turn on the Olympics to watch sports, and maybe some spectacle (CGI or otherwise). If they don’t like sports, they wouldn’t be watching in the first place.

There. Now I’ve vented about the lousy NBC coverage. I’m the last blogger in the world to have done it, but at least I finished! This has always been my dream! I can’t believe it! I’ve worked and trained for so many years for this (sniff, sob). Hey, Mom, thanks for supporting me all this time (sniffle); we did it!!