Chelsey Clinton’s wedding was big news recently. Why, I’m not sure. But it was. And it dove-tailed with this post, started a while back when I came across a little story about customs you don’t have to observe when planning your wedding. The article certainly brought back a lot of memories of my wedding back in 1965. What a tangle of rules and customs! We (my mom and I) were, of course, guided every step of the way by Emily Post and the up-and-coming Amy Vanderbilt. It was by the book, literally, or it didn’t happen. Remember, this was to be the wedding of a prominent physician’s eldest daughter — Daddy’s little girl. Everything had to be perfect. How such a wedding would be done today, I have no idea. 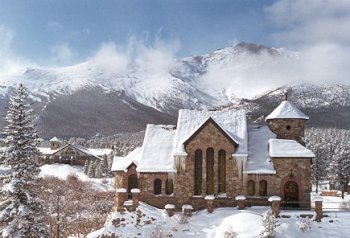 The choice of date, narrowed to the summer months by school schedules, was ultimately dictated by when the church was available. Saturdays and Sundays were out, as I recall, because the church had to be ready for Sunday services. And I couldn’t have the organist play “Here Comes the Bride” as I’d always dreamed because it was secular music; so I had to go with music I’d never heard before then, “Trumpet Voluntary.” “My” wedding was getting out of hand. Pushy religious organist, making all his rules about my wedding. The nerve!

It was, of course, out of the question to have the wedding at a beautiful little chapel we knew of up here in the mountains. That would never do! How would all my parents’ friends and all our relatives make it to a chapel 700 miles away in the mountains? Where would they stay? Where would the festivities be held? Nevermind that it was a Catholic chapel and we were Presbyterian. Nope, no way that was happening. Hard to argue when (a) you’re an extreme introvert and (b) your parents are paying for everything.

The engagement was announced in March, preceding the August wedding by the customary six months. Both got big, free articles in the paper, complete with photos. These days you don’t even get an obit for free.

The invitations — engraved, of course — and their exact wording were prescribed by the etiquette books. My only real decision was whether to use white or ivory stock. “Dr. and Mrs. John W. Doe request the honour of your presence at the marriage of their daughter … ”

The number of bridesmaids, then, had to equal the number of groomsmen — 5 of each — so there would be couples to walk down the aisle. No straggling singles. The Maid of Honor and the Best Man had to be the eldest siblings of the bride and groom. My circle of personal friends was so small that Bridesmaid No. 5 was someone I probably wouldn’t even have invited to the wedding otherwise.

The bridesmaids’ dresses were sort of a golden yellow linen, a color I would never choose now, and the flowers were white daisy mums with golden yellow centers. My bouquet was a cascade of oh-so-fragrant gardenias, a massive indulgence with my then-favorite flower.

My gown had to be white or “candlelight” (ivory), naturally, and had to be appropriately modest. (I rejected the ivory as being just a dingy white; these days I’d reject the pure white as too harsh.) No bare shoulders or any of that nonsense. I had to wear white gloves (a lady never went without) which necessitated the awkward cutting out of the ring finger to allow the placing of the ring. Not being a ruffles-and-bows girly girl, I opted for a very simple linen gown trimmed with bands of Irish lace. About 5,000 buttons down the back. No beading or spangles or glitz like that.  I’d imagined having a grand train something like Maria’s in “The Sound of Music,” but a full cathedral train wasn’t appropriate, so I “settled” for a chapel-length veil and train. I did my own make-up and hair, knowing that no matter what a salon did, I would feel it “wasn’t me” and would re-do it anyway.

And that was just the wedding itself. The rehearsal dinner, the showers, the parties, the thank-you notes, the reception — all had their own rules and customs to be observed. It was almost nightmarish, as I think back on it. But as bad as I am about making decisions, it was probably just as well. Had it all been left to me, I’d still be trying to decide what colors to use.

And my second wedding, 35 years later? A quick trip down to the court house on my lunch hour.