Why nobody talks about Romneycare 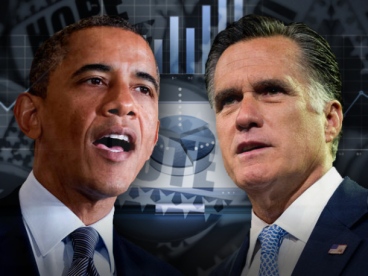 Two Politico writers today called Romneycare “one of the greatest stories never told.” In “Big ‘Romneycare’ secret: It didn’t rein in costs,” Jennifer Haberkorn and Kyle Cheney explain why neither the Republicans nor the Democrats are talking about Mitt Romney’s health care plan in Massachusetts.

The Republicans might be expected to brag about a successful program, but of course, that would lend credence to what they disparage as Obamacare. Besides, Romneycare has not been an unqualified success. And obviously the Democrats are not going to laud a Republican’s success, or risk having their program compared to Romney’s and drawing attention to the shortcomings of both.

For starters, Romneycare did not reduce costs:

“The reality is it performed very poorly,” said Douglas Holtz-Eakin, a former Congressional Budget Office director and president of the American Action Forum. He’s one of the most vocal critics of the plan. “A huge mark against it is it didn’t control health care costs at all.”

Health care costs per capita were 27 percent higher in Massachusetts than in the rest of the country in 2004, two years before the state plan was signed, Holtz-Eakin says. By 2009, it was 30 percent higher than the national average.

Furthermore, emergency room use in Massachusetts has gone up, not down. From 2006 to 2010, during the first four years of Romneycare, ER use went up 6%, according to a recent report.

Another report, from the Massachusetts Medical Society, found that only half the state’s primary care physicians are accepting new patients, down from 70% in 2007. And the average wait to see a family practitioner has increased from 34 to 45 days since 2007.

Back in 2009, when Congress was still debating national health care reform, I expressed concerns about it and pointed to the problems in Massachusetts. Those problems worsened into what is being reported today. I wish Congress had found solutions to those shortcomings before instituting Obamacare, but they didn’t. I wish I were more optimistic about the future of Obamacare, but I’m not.

____________
For a doctor’s take on Obamacare, see Why ObamaCare has doctors depressed and discouraged.