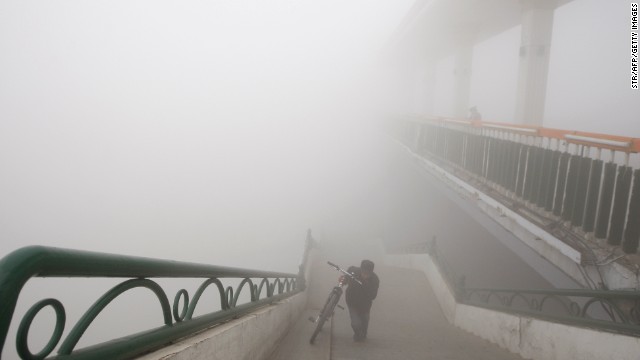 Smog at 30 times the World Health Organization’s recommended standard has blanketed Harbin, China, a city of 10 million, for several days. Visibility in some parts of the city is said to be as little as 30 feet. And with roads and airports closed, there’s no escape.

The smog is attributed variously to lack of wind, high humidity, farmers burning off their fields after the harvest, and coal-fired heating systems. CNN reported this morning that such smog, which occurs intermittently, can take up to five years off the lives of the residents, and that even sophisticated masks are not sufficient to make inhaled air safe.

Imagine stepping out of your home and into pollution like this instead of the clean, breathable air you take for granted. It makes me inexpressibly grateful for the bright sun and brilliant blue skies above Denver today.

I think I’ll go for a long walk.