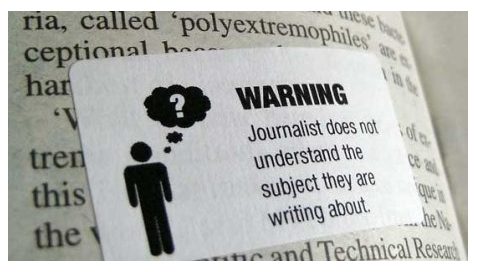 Until now I’ve had confidence in the online journal LiveScience. But a story I read there yesterday has left me with some serious doubts. It has several errors in it, which probably wouldn’t be noticed by anyone unfamiliar with Colorado’s Front Range. But in my mind they completely undermine the story’s credibility and cast a shadow over LiveScience as a whole.

The story, “Experts Predicted Colorado Flash Floods,” appeared September 13, 2013. It discusses the history of flash flooding along Colorado’s Front Range and the steps that have been taken to reduce the effects of such flooding in the future. It focuses on the city of Boulder, which sits right at the mouth of Boulder Canyon and directly in the path of floodwaters from the canyon.

In 2004, the University of Colorado’s Natural Hazards Center listed a flash flood in Boulder as one of six “disasters waiting to happen” in the United States. But scientists and emergency officials have been preparing for this week’s flooding since 1976, when a flash flood killed 145 people in Boulder’s Big Thompson Canyon.

It’s not “Boulder’s Big Thompson Canyon.” The Big Thompson Canyon is thirty miles north of Boulder and is an entirely different drainage. While it was the site of the 1976 flood, a wakeup call to everyone living along the Front Range, that event did not directly affect Boulder.

This week, officials closed Highway 34 in Big Thompson Canyon before the worst flooding hit. The road was soon washed out. Sirens and text alerts warned Boulder residents of the coming flood. At the University of Colorado, police evacuated students from married-family housing, one of the most vulnerable buildings on campus. People living in remote areas received personal warnings by phone from their local emergency officials, according to news reports.

Apparently the author heard about the 1976 Big Thompson Flood and somehow thought the Big Thompson Canyon was adjacent to Boulder. She conflated two different stories about two different canyons that have no direct bearing on one another.

Adding to the confusion is an accompanying photo labeled “Bear Creek.” I had no previous knowledge of a Bear Creek in Boulder and could not find an actual creek by that name on any map. Why would you include a photo of Bear Creek, particularly when the caption doesn’t say where Bear Creek is and the story doesn’t mention it? Boulder Canyon’s Boulder Creek is the crux of the flooding problem, not Bear Creek.

And then there’s this: The story quotes Matt Klesch, a hydrometeorologist at the University Corporation for Academic Research (UCAR) in Boulder, three times — and misspells the name every time. It’s Kelsch, as can be seen on the UCAR website. I discovered this when running a search on one of “Klesch’s” quotes; Google kept asking me if I meant Kelsch, which happens to appear in a different LiveScience article. That article also uses the Bear Creek photo but a different caption that explains the creek is in south Boulder.

Finally, as if all this weren’t bad enough, the story was picked up and repeated by numerous other sources. A quick search reveals that the erroneous statement “a flash flood killed 145 people in Boulder’s Big Thompson Canyon” was repeated by Yahoo News, National Review, NBC News, Accuweather, and the Christian Science Monitor, among others. This story’s misinformation is now in wide circulation and will remain so potentially forever, even if LiveScience corrects it.

Did no one at LiveScience double-check the facts in this story? Didn’t anyone bother to look at a map? It wouldn’t have been that difficult and wouldn’t have taken much time.

I wrote to the author, Becky Oskin, pointing out some of the errors, and to LiveScience publisher TechMedia Network. It will be interesting to see what if anything happens.

(July 7, 2017: To date the story has not been corrected and the comment I left has beeen removed.)