What your dialect says about you

My test results. My accent most closely matches the dark red areas and is least like the dark blue areas.

The New York Times today features a test that will show what your dialect says about where you’re from. Or perhaps where you’ve previously lived.

Both the questions and the associated “temperature maps” probably look familiar because I’ve written about the test before. This time, however, the test matches your dialect to US cities. It linked me to Wichita, Albuquerque, and Louisville, Ky.

As many of you know, I grew up in and spent most of my life in Oklahoma City; I moved to Denver eight years ago. It seems logical that my speech would be a lot like Wichita and Albuquerque dialects. Not sure how Louisville crept in, but I have also lived several years each in Atlanta, southern New Jersey, Connecticut, and upstate New York, so that probably muddied the waters — or dialect — a bit.

My answer about drive-through liquor stores, shown above, is less likely a regional thing than a reflection of my simply not being a drinker and rarely thinking or talking about local liquor stores. I should go through the test again and see if other answers also tie me to the Louisville area.

It’s a brief test but interesting for fans of dialect and language. Check it out and see how accurately it identifies your dialect/accent. (It takes a while for the final map to compile and display, so be patient.)

If you take the test a second time, you’ll get a different mix of questions from the original, longer test. I did it a second time and came up with Oklahoma City, Tulsa, and Fort Worth. Now that’s accuracy! 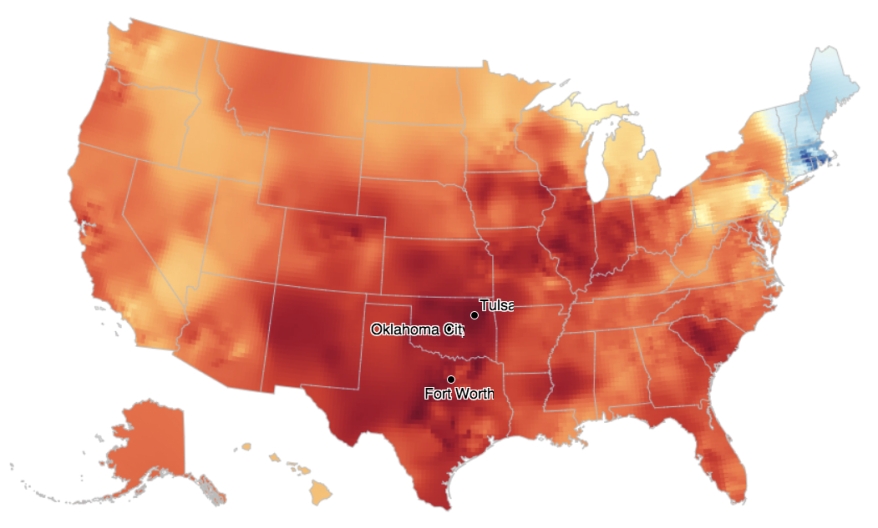