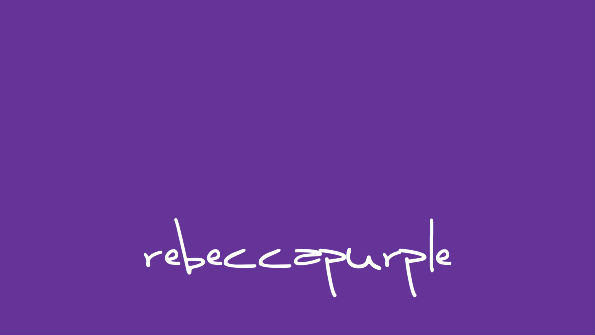 This particular shade of purple, #663399, is now officially designated rebeccapurple, making it one of only about 150 CSS web colors with a name. It was the favorite color of Rebecca Meyer, a little girl who died of brain cancer on her 6th birthday. Rebecca’s dad, Eric Meyer, is a well-known and highly respected CSS guru who chronicled his daughter’s battle with cancer on his website, and his many friends, colleagues, and followers decided on this as an appropriate memorial. They originally proposed the name beccapurple, but Meyer said that just weeks before her birthday, his daughter had announced that Becca was a “baby name” and she would become Rebecca on her 6th birthday. And so she did. She was Rebecca for 12 hours.