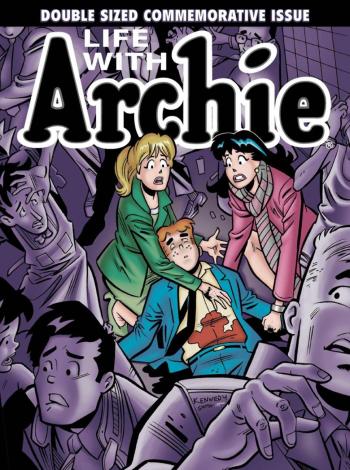 I haven’t read any comic books since I was a kid. And that would be 60-65 years ago. Quite a while. But I had a peculiar reaction to a CNN story a few minutes ago. They announced that Archie Andrews would be killed off in this week’s comic installment. Archie, of Archie, Betty, Veronica, Jughead, and Reggie, is going to die taking a bullet to save a gay friend.

Gay friend. Gun violence. Murder. Things sure have changed since I knew Archie and friends in the “Happy Days” world that was Riverdale in the 1950s.

I felt hurt, shocked, and very sad. I might even have shed a tear. An era is over. Another childhood friend is gone.