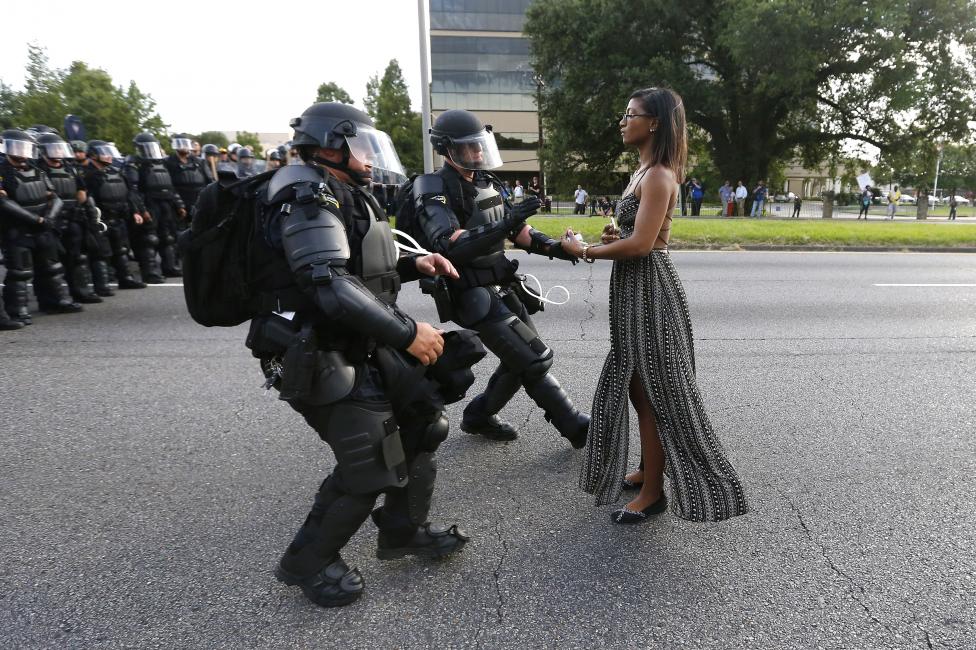 This photograph may well become as iconic as Jeff Widener’s 1989 “Tank Man” photo featuring a lone man confronting a column of tanks in Tiananmen Square. Such a striking contrast here: a lone black woman in a soft flowing dress standing quietly as two white male police officers in full riot gear close in.

Police were trying to clear then-peaceful demonstrators who were blocking the street/highway that runs in front of Baton Rouge police headquarters. Ieshia Evans was one of many arrested and charged with obstructing traffic.

The Atlantic interviewed New Orleans-based freelance photographer Jonathan Bachman about the circumstances surrounding his photograph and, as is so often the case, it was largely a matter of being in the right place at the right time. Successful photojournalists usually have a good sense of where and when that place is likely to be — and the skill to take advantage of an opportunity. Associated Press photographer Max Becherer captured the same scene but from a different angle. And the angle made all the difference: