Regarding health care reform: “I’ll just tell you this, if this passes and it’s five years from now and all that stuff gets implemented — I am leaving the country. […]

Health care reform: for men only

First came the Stupak Amendment.  Now come the new mammogram recommendations. Suddenly I’m feeling like the goal here is doing away with health care for women, period. Women do cost […]

Health care reform has dominated the headlines for months and frankly, I’d pretty much burned out on listening to the furor. After all, when push comes to shove, I have […] 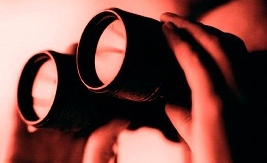 Health care reform? In your dreams

So now the American Medical Association has come out against public health insurance. They were, if you’ll recall, one of the groups that rushed to sign a letter to Pres. […]

[Note: Apparently the link to the McCaughey story referenced below was broken when this entry was posted. The problem has been corrected and I apologize to my readers.] Barack Obama […]

Healthcare.gov, the Obamacare website, has so far been an unmitigated disaster. Obviously there are serious programming problems that go far beyond a few “glitches” or bugs, beyond heavy traffic and […]

Why nobody talks about Romneycare

In a 5-4 decision today, the Supreme Court has upheld the Affordable Care Act, including its controversial individual mandate. No doubt days and weeks will now be dedicated to discussion […]