This 6′ × 24′ graffiti mural is the work of Gamma Acosta, Longmont, Colo. “Crayons” is his statement about the Sandy Hook school massacre, done a day later. It’s gone now, […]

Thank you, WordPress, for making it snow. At the rate things are going, I’m afraid it’s about the only snow we’ll see in Denver this month. Now if you could […] 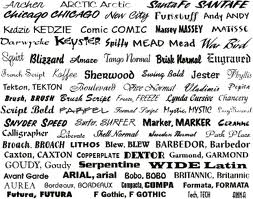 Yes, I’m playing with the blog’s fonts again. I really liked the Palatino body type I was using, but when my MacBook got sick I was forced back to the […]

It’s amazing what a little ol’ presidential debate can do for an obscure blog’s visitor stats. With Romney and Obama together on national TV last night and the cameras giving […]

Hey, folks, there’s a new WordPress feature in your settings. Under Dashboard > Settings > Media > Image Gallery Carousel. You can have your photo/image galleries display in a mosaic format. […]

I read somewhere yesterday a calculation that only about 1.6% of all WordPress blogs get Freshly Pressed in any given year. That’s out of, according to this screenshot, 426,589 blogs. It’s […]

Just found this email from the WordPress folks in my inbox: Congrats! We’ve picked your post ( http://piedtype.com/2012/08/11/grandma-gets-a-smartphone/ ) to appear on Freshly Pressed on the WordPress home page. We really enjoyed […] 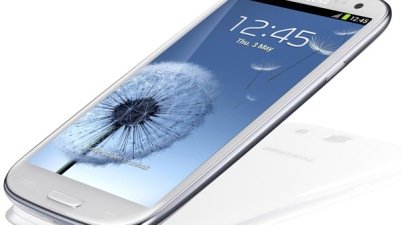 Grandma gets a smartphone

Actually, despite the title, I don’t exactly have my new phone in hand yet. In theory I should have it, but there have been a few stumbling blocks along the […]

Note the ugly truncated titles in my “Current Bestsellers” widget. It wasn’t that way yesterday, and I didn’t do anything to change it. WordPress did it, of course. They’ve changed […]

It was reported an hour ago in the WordPress forums that the Adblock problem I wrote about in “Has WordPress been tinkering again?” has been fixed. And having just re-enabled […]

Has WordPress been tinkering again?

There has been a rash of reports in the WordPress forums in the last couple of days regarding our visual editor page not working properly. At least not with Firefox. […]

Just looking for a little input from readers. Currently I have the topics “Internet,” “blogging,” and “WordPress” indexed under Media/Comm. Every time I write something to be filed under one […]

Despite the self-congratulatory tone in today’s announcement from WordPress.com News, I’m inclined to think WP caved to user outrage. They’ve installed an option for users to opt out of those […]

WordPress, have you been naughty?

First, I plead guilty right up front to paranoia. There could easily be another explanation for this, although at the moment I cannot think of one. On a prior post, […]

Sure enough, there was a post in the forums from WordPress staff member “ajmattic” (now probably hiding somewhere in a witness protection program): The reported behavior of email notification for […]

(Updated May 8, 2012 at 9:18 am MDT) WordPress has done it again, and by now you’ve probably noticed. Something they did over the weekend, whether intentionally or not, now […]