Cardinal Jorge Mario Bergoglio. Pope Francis. The first pope from South America, from Argentina. The first non-European pope since the 8th Century. Said to be a humble man who voluntarily […]

Well, I blew it. Lost track of time and forgot to check for the Sweet Sistine update. Cardinal Marc Ouellet of Canada and Cardinal John Onaiyekan of Nigeria made it to […]

The previously reported Sweet Sistine has reached its Final Four. Canadian Marc Ouellet is facing off against Brazilian Joao Braz de Aviz, while Milan’s Angelo Scola is up against Nigeria’s John […]

Sweet Sistine advances to round of 8

The brackets for the Sweet Sistine race for the Vatican have moved to the Round of Eight. You have until 9 pm EST on March 6 to pick your favorites. The two […] 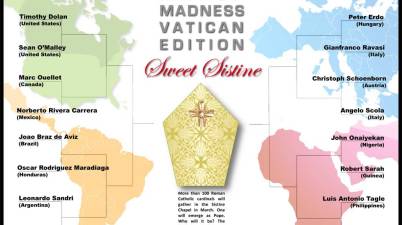 I have paid little attention to the race for the papacy in Rome and am only vaguely acquainted with the names of the American hopefuls. It’s been suggested that, since […]

As the sun sank slowly in the west (in Italy), Pope Benedict XVI stepped out of the public limelight and into “retirement” (though he’ll continue to reside in the Vatican), his […] 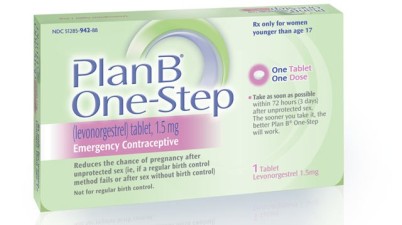 While The New York Times first reported it in great detail several days ago, The Week breaks it down into a short form: The “morning after pill” does not keep […]

In today’s New York Times there’s a wonderful editorial by Frank Bruni entitled “A Catholic Classmate Rethinks His Religion.” Don’t be put off by the title; it’s not some treatise […] 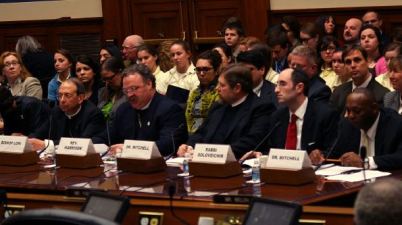 The religious rape of American women

Catholic men of America — and all conservatives who support them — you’re not going to win this debate. You are not going to deprive American women of the benefits […]